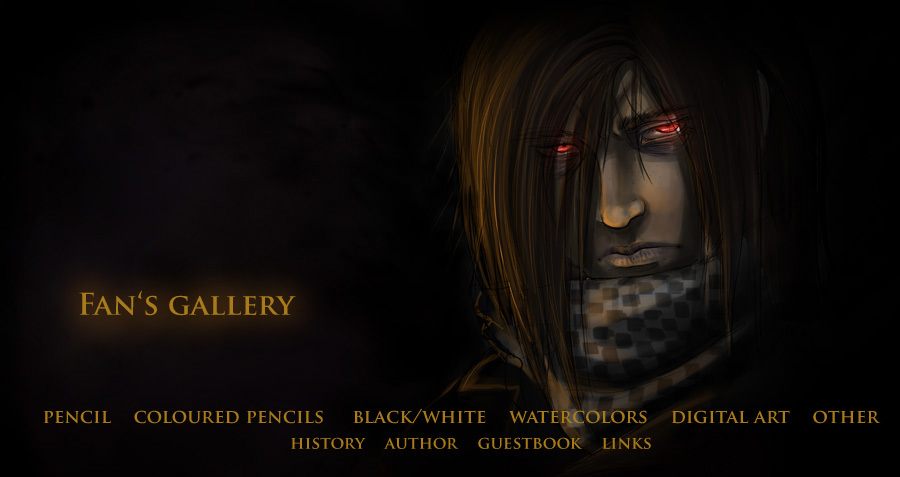 4.11.2016
Yo guys. Sorry for the uber long absence. I'm really not that active anymore, having a full time job leaves me almost no time for personal artwork. BUT! I still work in the game industry and our first game just reached softlaunch! You can download it from either Google play or iTunes

31.8. 2014
So I uploaded the stuff I did while I worked at Disney Mobile Prague (RIP) - lots of concepts, buildings, characters etc.

21.6. 2014
I'm really sorry guys for my absence, but I life in a game studio is a busy life. But I did upload some random images I did (not many tho) and also the games I was working on (in "Other" cathegory). Also for those, who would like to see my random scribbles, here is my tumblr link.

22.9. 2011
Double update today. First one of my neglected characters - one of Icewalker's generals (still nameless) and second a fancy charger from L4D2. Splendid!

1.8. 2011
The dead knight - I pulled one of my old characters out of my messed up brain. Dead - check, cursed - check, total asshole - double check. What can I say? I like weird heroes.

8.5. 2011
First anthro shark done. There will be more. Plus added figural drawing, portrais of my former classmates and watercolor stuff. Enjoy

6.5. 2011
Experimenting with character design. Also uploading something I forgot.

10.10. 2010
Oh god, I found some old junk XD can be found in pencil, black/white and watercolors. Why? Because I have nothing new :/ Oh and the portraits are my classmates....and my own lol (guess which one :/)